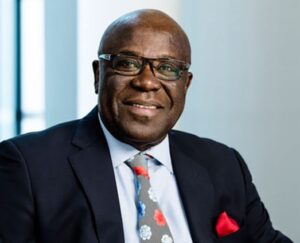 Imperial College of London has conferred its highest honour in the form of an honorary doctorate on Ghanaian businessman, Samuel Esson Jonah.

Professor Alice P. Gast, in a letter to current chancellor of the University of Cape Coast said “the degree of Doctor of Science honoris causa is in recognition of the outstanding contribution you have made to the world. I am immensely excited to bestow this, our highest honour.”

The president of the College explained that in normal circumstances the College would presented the award at a Graduation Ceremony at the Royal Albert Hall, where the executive chairman of Jonah Capital would be presented to the Chair and Members of the Council, academic staff and recent graduates and their parents.

However, she said the need for social distancing to protect public health during the pandemic has led them to arrange virtual celebrations for their graduates and honorary degree recipients until it is safe to return to in-person ceremonies and events.

“My colleagues will be in contact with you on our plans for upcoming virtual celebrations and future opportunities to celebrate this honour.

“I would also like add my own personal congratulations. Your successes in earth sciences and business are an inspiration to our staff and students. I look forward to hearing of your acceptance of this honour,” the College president said.

The former AngloGold Ashanti president already has a an honorary Doctor of Science (D.Sc.) degree awarded jointly by the Camborne School of Mines and the University of Exeter (UK) in 1996.

In June 2003, Sam Jonah became the first Ghanaian to be knighted in the 21st century when he was presented with an honorary knighthood (KBE) by the Prince of Wales, in recognition of his achievements as an African businessman, a leading business executive from the Commonwealth, and an international public figure.